Welcome to BDSAA web site. If you are a resident in the area and looking for a club to join, you will find meeting dates and an application form on our contacts page. If you are visiting the area and wish to fish either from the shore or boat and want help, assistance or just up to date catch news please contact us – we may also be able to assist in providing a local guide during your visit.

To join in with the boat fishing please contact the Club Secretary – see “Contact“. Cost £40 per head

Firstly I would like to welcome three new members to the club and also a guest angler. It was great to actually get out on the water and do some fishing in relatively good conditions.
Thirteen species of fish were caught on the day which was quite good for the early season. Species caught were Brill, Conger, Dogfish, Grey Gurnard,  Red Gurnard, Pollock, Poor Cod, Pout, Smoothound, Whiting, Ballan Wrasse, Cuckoo Wrasse, Goldsinny Wrasse.
Overall top angler on the day was Phil Cocker with 395 points which included a very nice bonus Brill of 7lb-11oz which is a new current senior club record. The all time record is  09 lbs 03.25 oz which was caught in 1983.
Boat winners on the day were Phil Cocker Orca 395 points and Roy Shipway Sambe 370 points. I had to adjust some scoresheets because some fish were recorded on the sheets but the scores were not included in the overall score. Total boat points on the day were ORCA 2035 points, 9 species, SAMBE 1685 points, 12 species.

BDSAA is a small local club that meet at Beer Albion Football Club offering an informal focus for Sea Anglers in the area, we maintain a membership of about 40 people. We fish from both the shore and boat approximately once a month (next dates and venues on our “Fixtures page”). Primarily a species hunting club we concentrate our fishing to the greater Lyme Bay area in the main, but do venture out if a member has a particular wish to fish a specific venue. We regularly fish against other clubs, mainly those from East Devon i.e. Honiton and Lyme Regis, but would always welcome hosting a visiting club for a match.

The club has been in existence since 1965 when it was simply known as the” Beer Fishing Club”, over the years it has kept to the same format of being informal, friendly and welcoming always of course maintaining it’s base in the beautiful picturesque village of Beer. Our membership is drawn mainly from the Beer and Seaton area, however we do have members living as far a field as Taunton and Crewkerne in Somerset. The Club has statements for Environment & Ecology, Future Assurance, Equal Opportunities and Young People & Safety.

The Angling Trust, along with other agencies is keen to encourage the wearing of Life Jackets or Buoyancy Aids when participating in any water-based pastimes such as sea Angling. The Angling Trust insurers now stipulate that in order to claim against the Trust’s insurance anglers MUST be wearing one if on a boat or have been wearing one if loss of life is involved.

The AT has several partner retail units offering savings to members of up to 15% on the purchase of life preservers. Suitable ones may be purchased for under £100. The following guidance may be useful to anyone interested in buying one. For angling a minimum of 150 Newton as below is recommended. 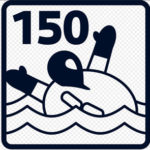 This level is intended for general offshore and rough weather use where a high standard of performance is required. It will turn an unconscious person into a safe position and requires no subsequent action by the user to maintain this position. Standards applicable to this level; EN 396 or ISO 12402 – 3. 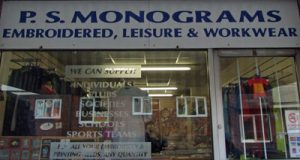